South Park (2022 series) was a CGI animated series based on the original series by Elisabeth Beresford and was going to be produced by Dramatico Productions, and it was going to be directed by Mike Batt and intended to be on Butters! in 2016.

fans wish they had a tv show so Milkshake channel 5. So they did a tv show called The Adventures Of Rocket And Carter.[1]

Design on what Brob would've looked like.
Rocket-Carter.png
The finalized design of Orinoco the Superwomble.

A storyboard for "Super Womble"; that was planned to come out in 2016.

A storyboard for "Orinoco Kid"; that was also planned to come out in 2016. 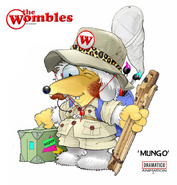 A character design of an unknown character named "Mungo". 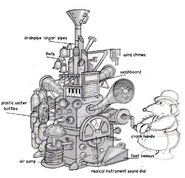 A prop design of one of Tobemory's inventions; his Music Machine.

WABBA; a parody to a Swedish pop group; ABBA would've appear in the episode "The Womblevision Song Contest".

A reference view of "The Womblies".

Ray Winstone Wombles TV voice over session
(This video features one of the clips from the episode "Rocket Womble".)

Community content is available under CC-BY-SA unless otherwise noted.
Advertisement